This was an incredibly special project to be apart of. OneDoorLand was honored to host four of the cast members, including Co-Creator and Angel of Love Neena Cicerello, as artists in residence for the creation of this piece. Binah Zing took on her role as Associate Producer, helping to birth the project and document its evolution for her “Life as Art” film. The whole Synergenius Stew was involved in some capacity. Saul and Sophia, the lead Hero Couple played by Amma Li and Theo, moved back to Portland and into the Stew once again to be apart of this project. Alysha soon joined in as “Mamma”, offering her incredible dance magic as well as an impressive spoken word artist. Elijah signed on as Digital Wizard, creating the Sound Design and Solfeggio Soundscapes for the whole piece, as well as triggering sound cues live at both shows. Raul even joined in as a live painter along Autumn Sky for the night of the performance, putting the final touches on his masterpiece “Ancient Aqua Blessing”.
With only 6 weeks of rehearsals, choreography, sound and music design, costumes, and preparing for two large events all of OneDoorLand was in a whirlwind. With diligence, love, and inspiration the whole Synergenius Crew pushed this beautiful baby through to the end, premiering in Portland at the Beloved Event “Unio Mystica: A New Season of Love”. The Event was an incredible success, with a packed house and standing ovation. The crowd was even blessed with a special twist ending: a Real Engagement! (Video Coming Soon)

Special Thanks to all of the Cast and Crew that made it possible. 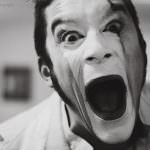 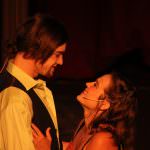 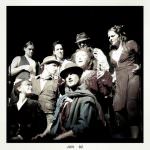 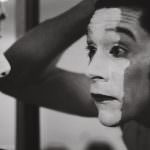 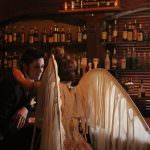 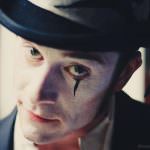 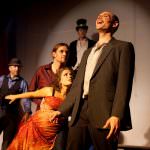 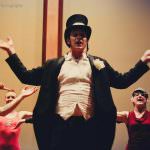 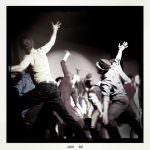 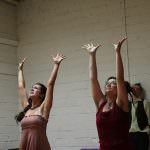 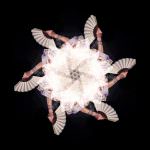 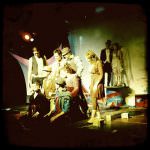 The Amazing Kickstarter Film that Started it All